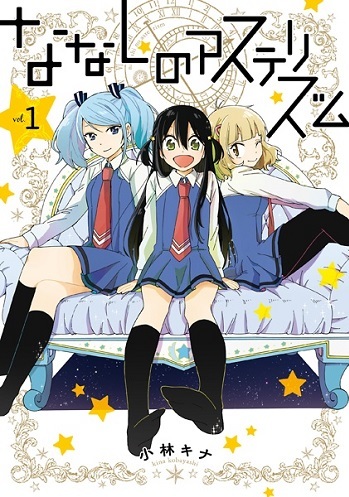 Tsukasa Shiratori, Nadeshiko Washio and Mikage Kotooka are three incredibly close-knit friends in junior high. For almost a year, Tsukasa has been harboring a secret she can't tell anyone: she has a crush on Nadeshiko. She resigns to keep it locked away forever, but then discovers that Nadeshiko has a crush on Mikage. Not wanting to mess up their current relationship, Tsukasa decides to support Nadeshiko in any way she can. However, Mikage has a secret of her own that she can't share with anyone.

) is a 2015 yuri manga written by Kobayashi Kina and published by Square Enix. The series completed with five volumes released. Seven Seas Entertainment will release the manga in English.