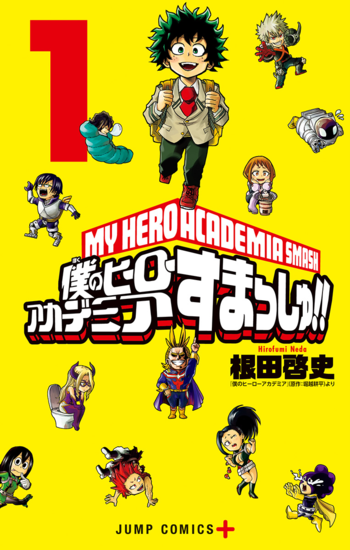 My Hero Academia Smash!! Is a Yonkoma comedy manga written and illustrated by Neda Hirofumi. The series is a spin off of the Shonen Jump series My Hero Academia, written by Kohei Horikoshi. Much of the comedy of the series comes from depicting the everyday lives of the students of class 1A (and sometimes the villains as well) or parodying events of the main series, which often times results in some bizarre Alternate Continuities.

Todoroki: [Wistful after eating apple pie] I wish I'd had a mother who baked pies... instead of my face.
Everyone else: Aww, Todoroki!!!