The cult classic television series Twin Peaks has spawned several successful books due to its popularity. During the show's second season, Pocket Books released three official tie-in books, each authored by the show's creators (or their family) which offer a wealth of backstory. Other books would follow over the years, including two that were also released before and after The Return. Three of these books — The Secret Diary of Laura Palmer by Jennifer Lynch, and The Secret History of Twin Peaks and Twin Peaks: The Final Dossier by Mark Frost — have been declared canon by Word of God.

The Secret Diary of Laura Palmer 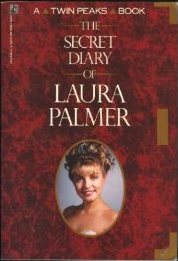 The short, horrible life of Laura Palmer.
By Jennifer Lynch

Written by Jennifer Lynch (David Lynch's daughter). Lynch paints a haunting portrait of an abused teen's double life, falling into a world of prostitution and cocaine abuse, while maintaining the status quo as homecoming queen and high school student. Published during the summer between the original broadcasts of the first and second seasons, the book provided fans with much-sought-after information regarding Laura's veiled personal life, including her knowledge of and/or relationship with the enigmatic character of "Killer Bob."

Tropes for the novel

The Secret History of Twin Peaks 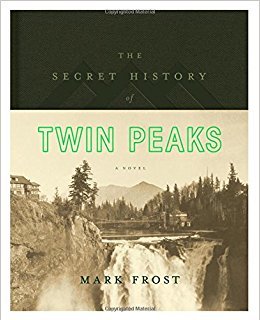 And you thought the show was weird.
By Mark Frost

A dossier-style novel written by series co-creator Mark Frost, "places the unexplained phenomena that unfolded in Twin Peaks in a layered, wide-ranging history, beginning with the journals of Lewis and Clark and ending with the shocking events that closed the finale." Structured as a secret dossier of documents, letters, clippings and notes assembled by a mysterious individual referred to as "The Archivist" and annotated by an FBI agent Tammy Preston, known throughout the book as TP, this enigmatic collection includes undiscovered Lewis and Clark diary entries, UFO sightings, and personal journals of Twin Peaks residents, some of which answer unresolved plotlines from the show's second season. Released October 18, 2016 on Audio & Book format.

The Secret History of Twin Peaks

Structured as a series of reports written by Tammy Preston to Gordon Cole, the book is meant as an epilogue to the events of The Return as well as a follow-up on some of the show's lingering plot threads that was for some reason or another not included in The Return. Released October 31, 2017.