Literature / To the Stars
aka: Homeworld 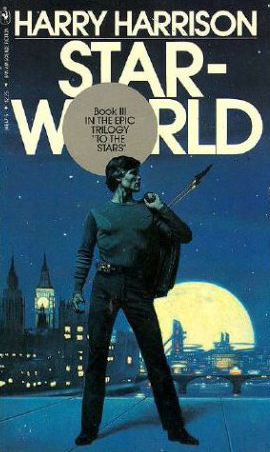 To the Stars is a science fiction trilogy by Harry Harrison, consisting of Homeworld, Wheelworld, and Starworld. It depicts a rebellion against a totalitarian interstellar government.