Literature / To the Ends of the Earth 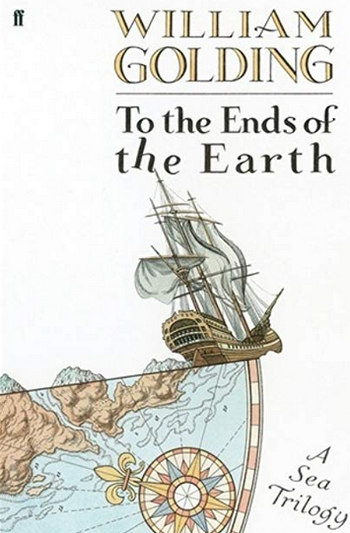 To the Ends of the Earth is a sea trilogy by William Golding, author of Lord of the Flies. In 2005 a miniseries adaption was produced starring Benedict Cumberbatch.
Advertisement:

The overall narrative of the books follows the experiences of Edmund Talbot, a wealthy young man on the lower levels of the aristocracy who, having been secured employment in the office of the Governor of New South Wales by his uncle, books passage on a sailing ship to the Australian colonies early in the nineteenth century and keeps a journal of his experiences over the voyage. Talbot thus chronicles the interplay, relationships and conflicts between himself, his fellow passengers, and the crew of the ship, and as the long-isolated voyage takes its toll on everyone, the seething tensions lurking under the surface ensure that he will have plenty to write about...

As with Lord of the Flies, a key theme of the novels is the struggle between the values of civilisation and humanity's darker, more savage urges, particularly when small groups of people find themselves isolated from the rest of the world.

Alternative Title(s): To The Ends Of The Earth