Literature / I Am Not a Serial Killer 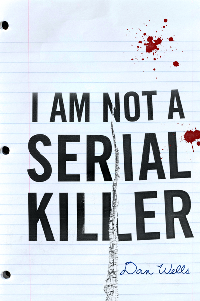 "If you met me on the street you'd never guess how much I wanted to kill you."
—John Cleaver
Advertisement:

Hello, my name is John

and I am not a serial killer. However, I find serial killers to be fascinating. And I also have some similarities to serial killers. Like the fact that I share all three traits of the Macdonald Triad

like 95% of all other serial killers. I'm also fascinated by death and corpses, but I'm a skilled mortician that works in the town mortuary, so what did you expect? I'm also fifteen years old, and I've been diagnosed as a sociopath. And I'm a loner that has a tough time making friends. It almost seems as if fate has decided that I should become a serial killer. Well Screw Destiny, I am not a serial killer!

A film adaptation, starring Max Records as John and Christopher Lloyd as Mr. Crowley was released on August 26, 2016.

open/close all folders
Tropes throughout the series
Tropes in the first book
Advertisement: