Literature / Feline Wizards
aka: The Book Of Night With Moon 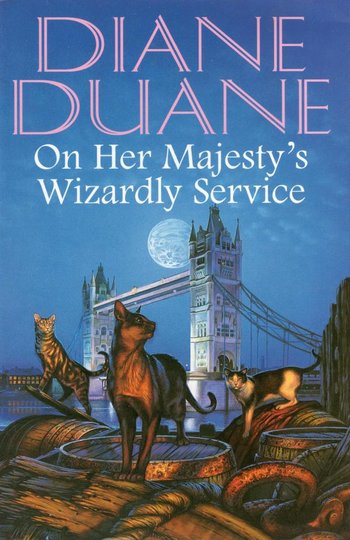 The Feline Wizards trilogy is a sister series to Young Wizards, also written by Diane Duane, following the adventures of a group of wizardly cats who maintain the worldgates in New York City. The books in the trilogy are: The Book of Night with Moon (1997), To Visit the Queen (1999) (UK title: On Her Majesty's Wizardly Service), and The Big Meow, written as a Storyteller's Bowl project and originally available only via "subscribing" at the project web site

(2017). The series is targeted to adults instead of a Young Adult audience, but the only difference this makes is the presence of some explicit references to sexuality and the fact that the viewpoint character, Rhiow, is an adult cat.