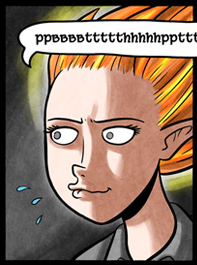 "Here it is. The best page of Gunnerkrigg Court."
Advertisement:

From The Forest She Came

Parley and Smitty Are In This One

Red Gets a Name

The Realm of the Dead

Annie and the Fire

Red's Friend Gets A Name Too I Suppose

And Then Coyote Said...

Annie in the Forest