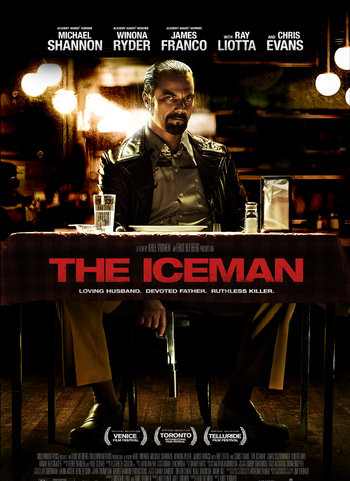 Loving Husband. Devoted Father. Ruthless killer.
A 2012 docudrama detailing the life and crimes of Richard Kuklinski (Michael Shannon), a New Jersey family man with a secret life as a hitman for the Mob in The '70s. His nickname came from both his nerves of steel and one of his kill techniques: freezing corpses for several months to disguise the time of death. Winona Ryder plays his unsuspecting wife Deborah, Ray Liotta is Roy DeMeo, the mid-level boss who recruits Kuklinski, and Chris Evans is rival shooter and occasional partner Robert "Mr. Freezy" Pronge.