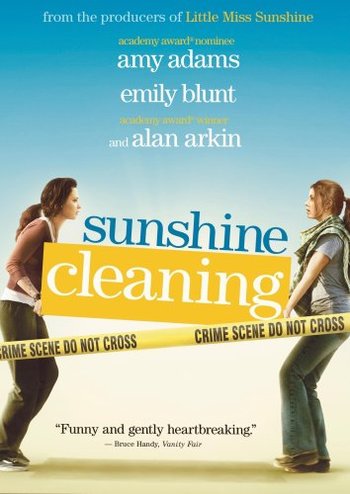 "We come into people's lives when they've experienced something profound and sad...and we help. In our own, small way, we help."
— Rose Lorkowsi
Advertisement:

They play sisters Rose (Adams) and Norah (Blunt), both struggling for identity in a small town in New Mexico. Hoping to improve her finances - and get her sister working - Rose decides to start up a business where they clean up crime scenes after homicides. Hilarity Ensues, but so does a lot of drama.