Film / Man on a Ledge 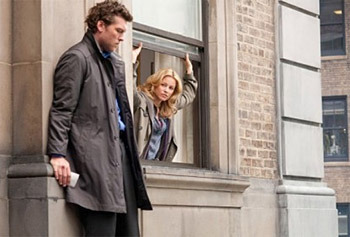 How far would you go to prove your innocence?

Ex-cop Nick Cassidy was sent to jail, convicted of stealing, and destroying, a $40-million diamond from David Englander. He has just escaped from prison to embark on a daring heist: to stand in plain sight, while the crime he was convicted of is committed, and in so doing prove his innocence. He is willing to go as far as he needs to—in this case, to a ledge on the Roosevelt Hotel, 31 stories up.

Man on a Ledge contains the following tropes: