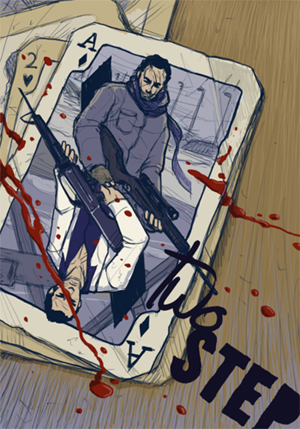 Yes, this is Nick. After a sunken boat, an encounter with a Witch, and a separation from his teammates, that is.
"Of course I'm alive. I'm not an idiot. ...Those goddamn assholes couldn't wait two days for me to catch up."
— Nick
Advertisement:

that takes place after the ending of the game. Apparently the survivors were slated to be brought to a fleet of cruise ships. The author takes this idea and runs with it, having the cruise ship crash and/or sink into the ocean. The game's party of four becomes separated from each other. This story follows Nick as he tries to reunite with them.

The fic is not so much a story about a zombie apocalypse as it is a story about Nick's slow change from complete asshole to a somewhat decent human being.

This fanfic is now complete, at 43 chapters, and can be read here.