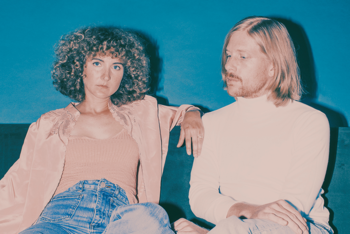 Tennis is an Indie Pop duo from Denver, Colorado, made up of husband and wife Patrick Riley and Alaina Moore. The couple met in a philosophy class at the University of Colorado in 2008, and decided to form a band following an eight-month sailing trip down the Eastern Seaboard of the USA after graduation. Their first album, Cape Dory, documents their experiences from that trip.

Despite being from Flyover Country, Tennis has the soft, lo-fi, lively sounds associated with surf pop, influenced by bands like The Shirelles.