Fanfic / The Greatest There Was or Ever Will Be 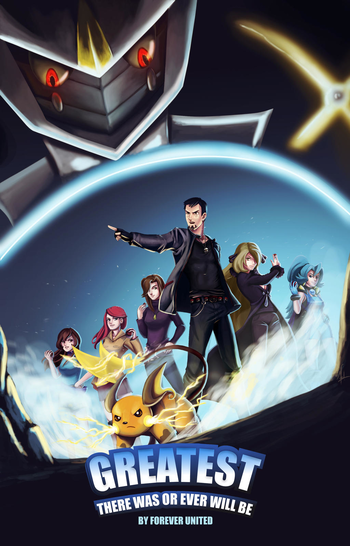 The Greatest There Was or Ever Will Be

is a Pokémon: The Series fanfic written by Forever United Never We Fall

We've all seen this before... a writer attempts to "fix" the story by rewriting the whole anime so that Ash is smarter or more competent, but 90% of the time succeeds only in making Ash boring and unlikeable. ...This is not one of those. Instead, Ash is so much more powerful than his canon self that it Crosses the Line Twice into pure, unadulterated awesome. The best comparison is most likely Pokémon: The Series meets Medaka Box. At times, it reads like a parody of Overpowered Ash stories, and at other times like a deconstruction, but in truth, it is neither. As long as you don't take it too seriously, it's an enjoyable read.

Has nothing to do with former professional wrestler Bret Hart's Red Baron.

In the grand tradition of the Internet, the fanfic has its own wiki here

The Greatest There Was Or Ever Will Be contains examples of: