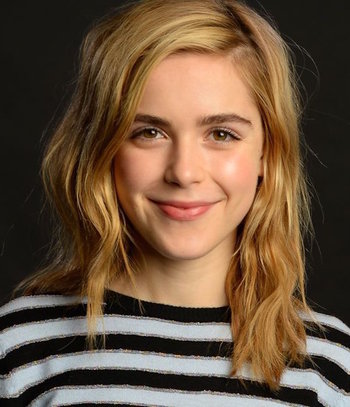 Shipka's first major role in film and television was that of Sally Draper —daughter of Jon Hamm's Don— on the AMC series Mad Men, which she portrayed for close to a decade until its conclusion in 2015.

In addition to her onscreen career, Shipka is notable for a number of voice acting roles, namely as Jinora in The Legend of Korra, Oona in Sofia the First, and Marvel Comics character Spider-Woman in the Avengers Academy mobile game.

She also portrayed Cathy Dollanganger in Lifetime's 2014 adaptation of the controversial novel Flowers in the Attic.

In 2017, Shipka was cast as the classic Archie Comics character Sabrina the Teenage Witch for Netflix's adaptation of the Chilling Adventures of Sabrina comic book series.