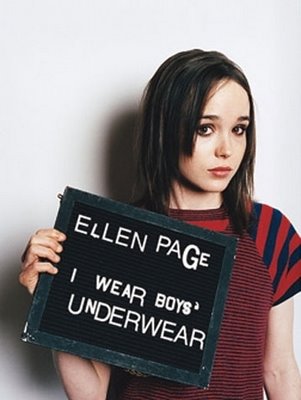 "I've always been drawn to stories and telling them; whether it was through being a part of theater when I was a little kid, or film, or with music, there's just been an innate desire to feel that connection."

She's best known for playing Kitty Pryde in the X-Men film series as well as for her breakthrough roles in Hard Candy and Juno.

Not to be confused with the stage actress Elaine Paige.

This actress' works provide examples of: