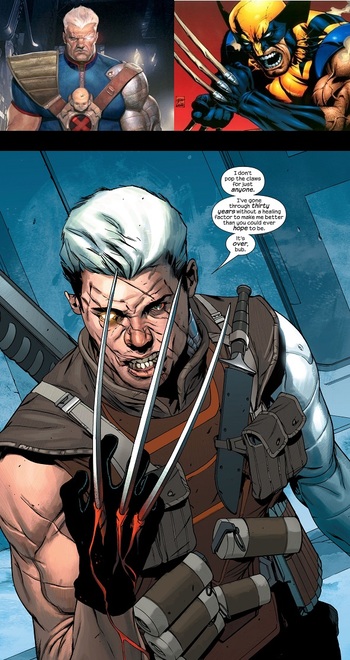 There's more to Cable than meets the eye
Many examples from the Ultimate Marvel universe are composite version of two or more characters from the Marvel Universe:
Advertisement: