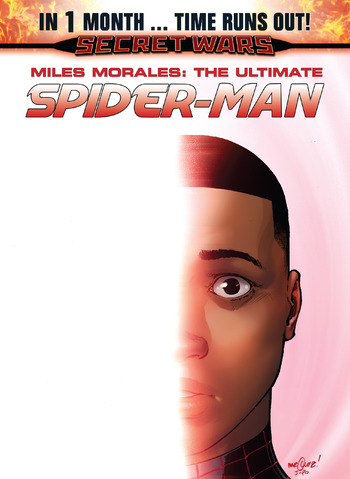 The End... Or Is It?
Usually, when an alternate universe is closed, one or two characters are rescued from it, and become a Canon Immigrant. But, because of the First Law of Resurrection, there are loads and loads of survivors of the Ultimate Marvel universe that showed up on the prime universe after the destruction of their own one during Secret Wars (2015)
Advertisement: