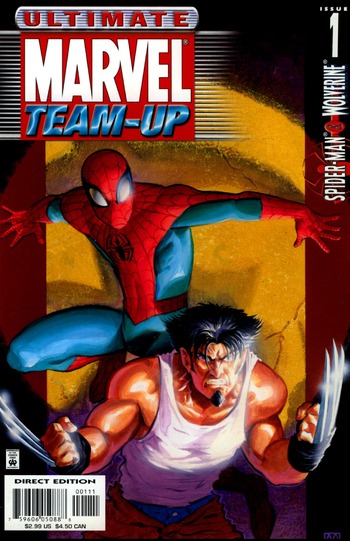 You can't save the world alone
"Ultimate Marvel Team-up" was one of the earliest comics in the Ultimate Marvel universe. With the recent success of Ultimate Spider-Man, the series was used for some Worldbuilding of the new universe, providing team-ups of Spider-Man and the ultimate version of other Marvel characters. Some of those versions stuck; others were later ignored.

Tropes in this comic