This is a list of all the characters in Sarah & Duck. 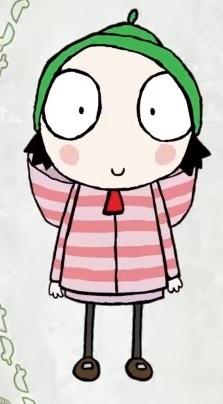 A seven-year-old girl who embarks on many weird and wonderful adventures with her best friend Duck. 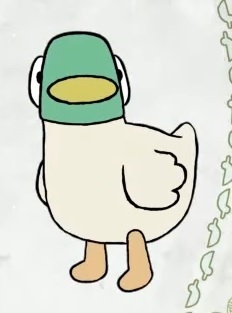 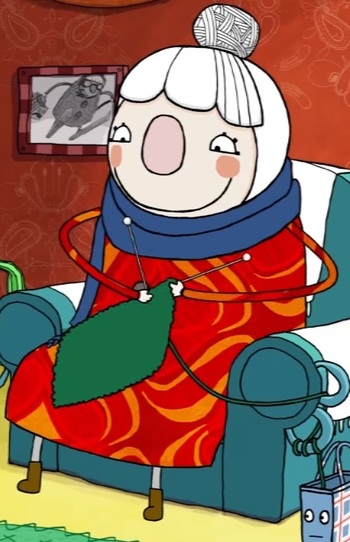 A friendly older woman who is a neighbor and friend of Sarah and Duck. She loves knitting and is rather absent-minded. Luckily, she has her trusty talking Bag to correct her at times. 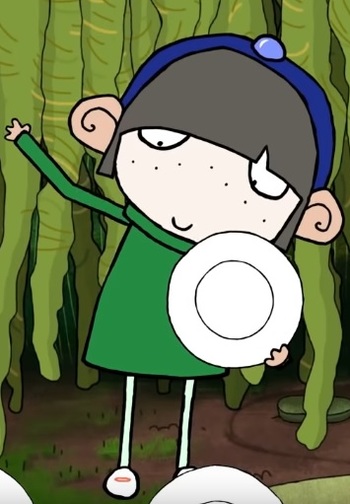 One of Sarah and Duck' friends, who is obsessed with plates. 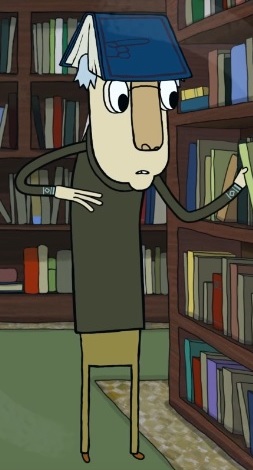 An eccentric older man who looks after the local library, and is always on hand to help the other characters find the books they're looking for. 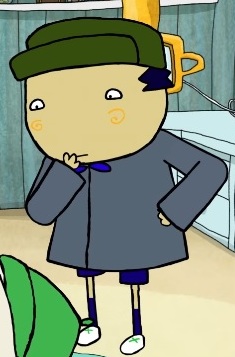 Another friend of Sarah's, who is usually accompanied with his best friend Flamingo. 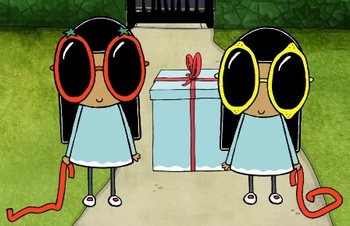 Two identical twin girls who are Sarah's next door neighbors. They are obsessed with ribbons and often use them for communication. 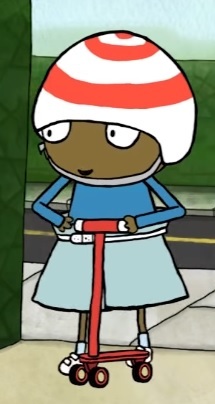 Another friend of Sarah and Duck, who loves riding around on his scooter.

Cloud Captain
The keeper of the Cloud Tower

The owner of the local bakery. 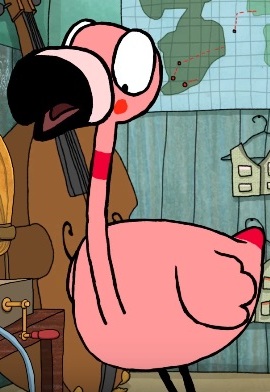 John's best friend and Duck's opposite.

The pet of Scarf Lady

A small ladybug who is often trying to avoid getting in the way of the other characters' exploits, due to his size.

Scarf Lady's Bag, whom Scarf Lady is never seen without. 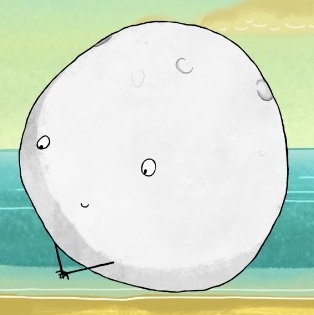 The Moon, who often comes down to Earth and is friends with Sarah and Duck. 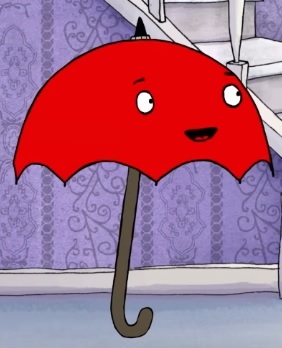 A talking umbrella who lives with Sarah and Duck.

A quartet of shallots, three large ones and a small one, who live in Sarah and Duck's garden.

The planet Venus, whom Moon has a crush on.

A talking living cake who came to be after one of Sarah and Duck's baking sessions. He now resides at the bakery with Bread Man.