The character sheet for Atelier Lulua. 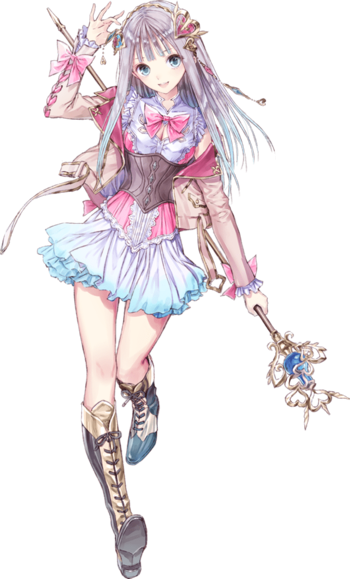 Rorona's daughter and the heroine of the game. Studying under Piana's tutelage, she aims to surpass her mother in alchemy. She is the only one who can understand the Alchemyriddle book. 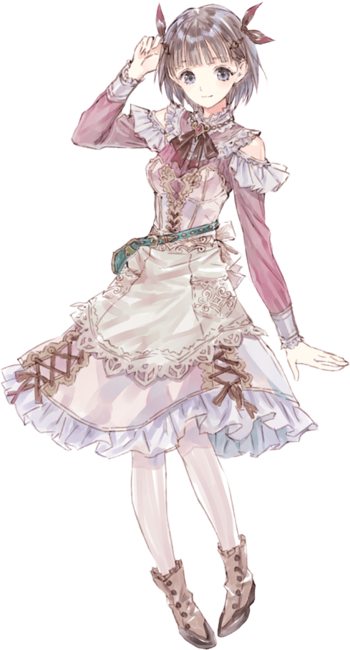 Lulua's childhood friend. A gentle orphan girl at the Armster Orphanage, she's always by Lulua's side. 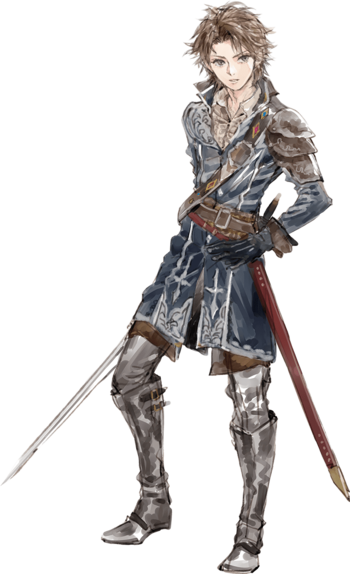 A prodigy apprentice knight. He trains to become the strongest knight and surpass a certain rival.

A girl from the Frontier Village in the Eastern Continent, she was adopted by Totori's family and learned alchemy. She is now Lulua's teacher.

A wanderer with an eccentric personality, who dresses like a stage magician. He decides to follow Lulua and her group to help them on a mission, and sticks around afterwards.

An ex-pirate once known as "The Conqueror of the Raging Seas". Forced to retire after his boat was destroyed, he now seeks to earn enough money to fix his ship and return to the high seas. 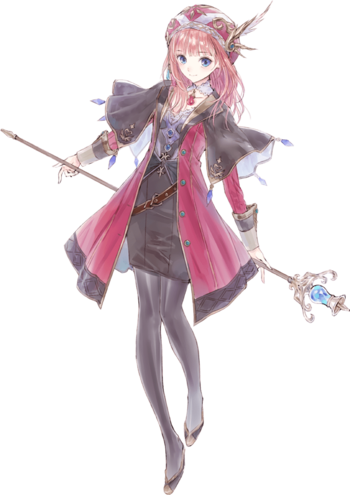 The protagonist of Atelier Rorona, a famous alchemist, and Lulua's mother. 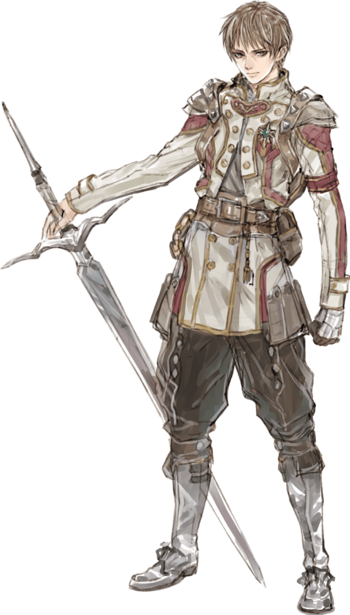 A longtime companion of Rorona and her friends. He has since become the leader of the Arland Citizen's Guard.

The protagonist of Atelier Totori. An alchemist almost as skilled as Rorona, and Piana's alchemy teacher.

The protagonist of Atelier Meruru. A princess who has been relieved of her royal duties following her kingdom's annexation into the Arland Republic, she now spends her time travelling around.
Advertisement:
Non-playable characters

A chim who grew to the size of a normal homonculus. He acts as Piana and Lulua's assistant, and runs a store with wholesale and restocking functions.

Father Benon is the owner of the Armster orphanage. He is an excessively hard-working, yet kind and gentle man who is totally dedicated to preserving the orphanage.

Previously a shy puppeteer who traveled with Rorona, she has grown up and now runs a tavern where Lulua can take on requests.

Born to a family of nobles, Mimi is the best friend and bodyguard of Totori.

A friend of Meruru. She was previously a maid tasked with keeping Arls Castle tidy, but has since been promoted to a government official. She runs a desk in Town Hall where Lulua can accept requests.

A girl from the Arklys orphanage.

The operator of Fellsgalaxen. Although she's not used to other people, she quickly becomes one of Lulua's best friends.

A traveller who's also a fangirl for famous adventurer. Can be found selling items in certain fields.

He used to be a travelling salesman in his childhood, but has since settled down as a blacksmith, training under Hagel.

A chef working at Sunrise Cafe. The apprentice of Iksel, he seeks to surpass his master.