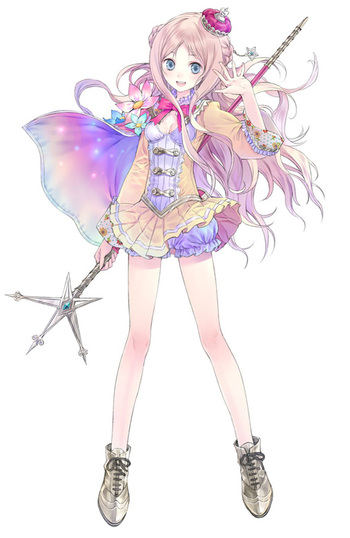 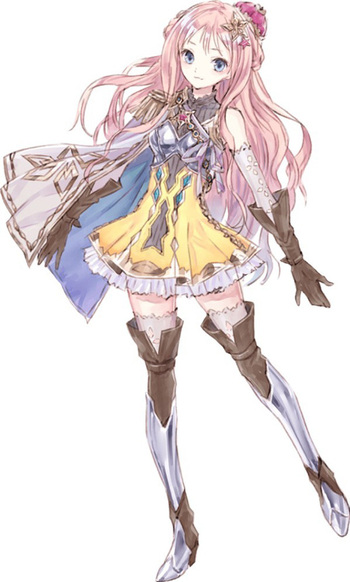 Voiced by: Satomi Akesaka (JP), Xanthe Huynh (EN)
This game's protagonist, Meruru is the energetic princess of the kingdom of Arls, studying alchemy under Totori. Her goal is to prove to her father that alchemy is more than a hobby to her, by using it to improve the kingdom.
Advertisement:
Keina Swaya

Voiced by: Mitsuhiro Ichiki (JP), Bryce Papenbrook (EN)
The castle's gatekeeper. He looks up to his older brother, Rufus, and wants to earn his approval.
Rufus Falken