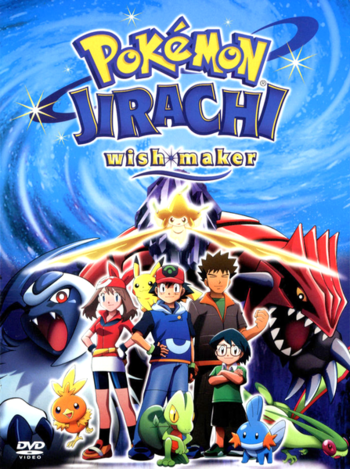 Your wish is in command of Jirachi.
Advertisement:

The sixth Pokémon: The Series film, and the first movie for Pokémon the Series: Ruby and Sapphire.

Once every thousand years, the Millennium Comet can be seen from Earth for seven days. By the light of that comet and the bond of one chosen by destiny, a Pokémon that can grant wishes awakens. One man, mocked by his colleagues for his failure, wants to use this Pokémon to finally complete his goal of bringing a legendary creature to life.