Literature / Requiem from the Darkness 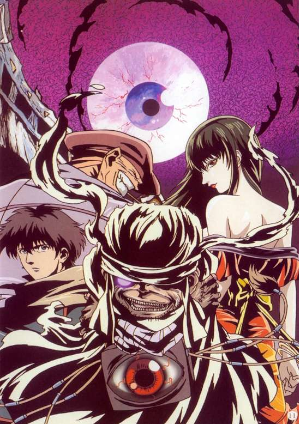 The anime especially is known for its rather bizarre plot-lines and story elements; said story follows Momosuke as he travels around Feudal Japan in a search for one hundred ghost stories. But while doing this, he runs across a Ragtag Bunch of Misfits. They fight evil...

The series is also known for making lazy animation an artform; seriously, they turn it into an advantage.

Requiem from the Darkness provides examples of: