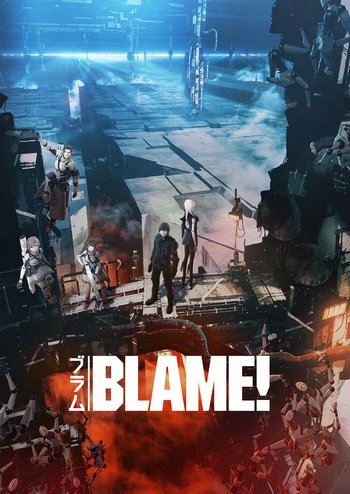 "The Netsphere is still expanding"
Blame! is a 2017 animated adaptation of the titular manga, which is set in the endless, labyrinthine City where humans are scattered after Contagion caused the city's Safeguard system to turn against them. One such tribe, known as Electrofishers, thrived on an artificial food source until it dried up to the point where many of their tribe members go on futile attempts to find a new source, which further dwindles their already low numbers. When a couple of young inexperienced Electrofishers decide to try and find a new food source, they meet Killy and things begin to change a lot for them.