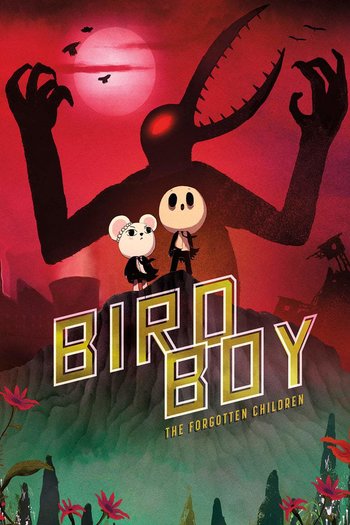 There is light and beauty, even in the darkest of worlds.
Advertisement:

Birdboy: The Forgotten Children (Spanish: Psiconautas, los niños olvidados; festival title: Psychonauts, the Forgotten Children) is a 2015 Spanish animated coming-of-age film written and directed by Alberto Vázquez and Pedro Rivero, based on the comic Psiconautas by Vázquez. It is the follow-up to the pair's short film Birdboy, following the titular character, a shy outcast in a post-apocalyptic society, and Dinky, a teenage mouse runaway who wishes to leave her desolate island home.

No relation to the video game Psychonauts.