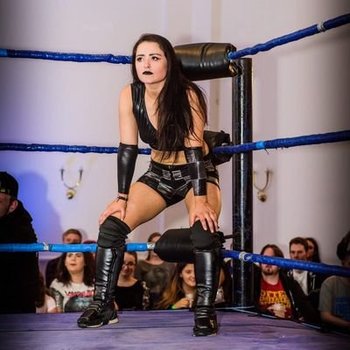 A student of Fight Factory Pro Wrestling (alma mater for Becky Lynch and Katey Harvey) she made her debut in 2015 and quickly took the Irish wrestling scene by storm. She has competed all over Ireland - for Celtic Championship Wrestling, Pro Wrestling Ulster, Over The Top Wrestling and Uprising - also competing over Europe as well. Also known as one half of the Woke Queens with Debbie Keitel.

In 2018 she became the first woman to hold the Irish Junior Heavyweight Championship. In 2020, she debuted for NXT under the name Aoife Valkyrie.