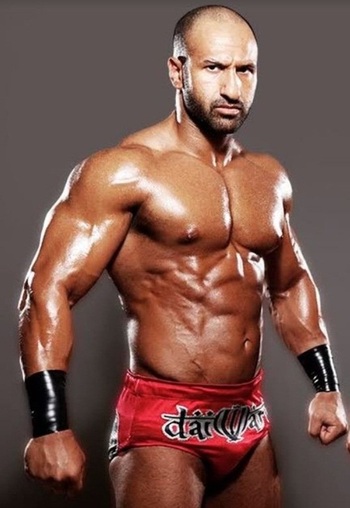 Dara Shawn Daivari (born April 30, 1984) is an American professional wrestler, manager and producer best known for his work for WWE as Daivari. He debuted in 1999 at the age of 15 and worked in Midwest independents for years, as well as wrestling four matches for Ring of Honor. He arrived in WWE in 2004 as the manager for Muhammad Hassan. After that ended in disaster, he worked as the manager for Kurt Angle, Mark Henry and The Great Khali. He would later wrestle for TNA as Sheik Abdul Bashir, and for Lucha Underground as DelAvar Daivari. He has also wrestled for All Japan Pro Wrestling, Juggalo Championship Wrestling and numerous other promotions.