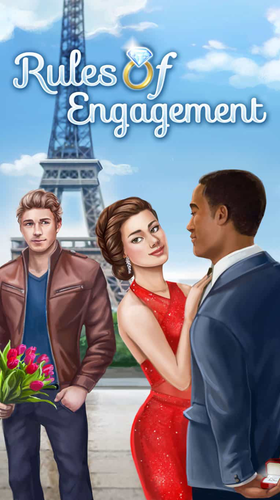 Will you and your siblings be able to complete the tasks and get your inheritance or will your cousin ruin all your chances?
Advertisement:

Rules of Engagement is part of a series of visual novels by Pixelberry, the creators of High School Story and Hollywood U as part of their game, Choices: Stories You Play.

In this story, Katie and her siblings (plus their cousin) are on a cruise ship for the summer, each of them having the chance to earn $100 million each from their deceased grandmother so long as they stick to the challenges provided for them.

Katie must be married at the end of the cruise, Jess has to keep a job as part of the staff, Nicole must become more adventurous, and their brother Alex must take his assistant Elena out on dates.

Not to be confused with the Sitcom Rules of Engagement.

Tropes for this story.