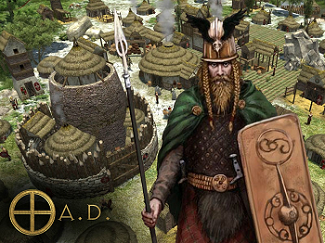 "This isn’t your daddy’s Age of Empires."

"We're building 0 A.D. – Empires Ascendant because we love strategy gaming and we think the current state of the strategy genre is abysmal. While there have been some great strategy games released recently, we feel like the essence of old-school Real-Time Strategy has been lost. We'd like to recapture that."

0 A.D. is a historical Open Source Real-Time Strategy game in the vein of Age of Empires that is currently being developed for Windows, Linux, and Mac by Wildfire Games, "an independent game developer, made up of a community of volunteers from all over the world". The game strives for a balance of historical accuracy and interesting gameplay.

The official site can be found here.

The current release is Alpha 26: Zhuangzi

. Downloading and playing is, and always will be, completely free.