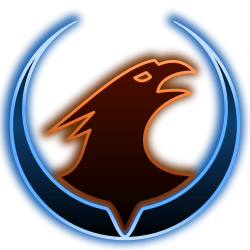 Xonotic is a free, open source multiplayer First-Person Shooter for Windows, Linux and Apple Macintosh released in 2010. It's a Spiritual Successor to Nexuiz, after the name "Nexuiz" got bought by IllFonic. Like its predecessor, it also runs on the Darkplaces Game Engine, a heavily modified fork of the idTech1 engine.

The game contains a whopping 17 gametypes to choose from (Deathmatch, Team Deathmatch, Capture the Flag, Domination, Key Hunt, Keepaway, Race, Freeze Tag, Last Man Standing, Nexball, Race CTS, Clan Arena and Invasion, Onslaught, One Flag CTF, Assault and Duel) and 25 playable maps, with 9 main weapons (and 16 weapons in total) which the players can use to frag their enemies.

Unusually for a community-driven multiplayer arena FPS game, Xonotic also have arcade-like singleplayer campaign using the same maps from multiplayer but with specific goals and conditions.

The game's latest version is 0.8.5, and can be downloaded from its official site

Xonotic, as of version 0.8.5, shows examples ofnote Bear in mind, as a continuation of Nexuiz, several of the tropes, especially regarding weapons, may apply here as well.: