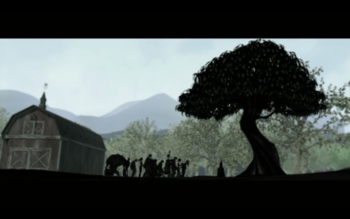 An ode to a father.
Advertisement:

4x1 "Beyond the Known Universe

This short story about Karai comforting Leo because he blames himself for her mutation, however, she doesn't. (Which in canon, is probably true.)