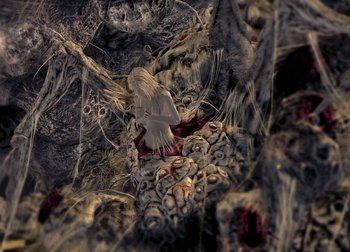 "Quelaag? Please, sister, do not cry—I am happy, truly. I have you, don't I?"
Prepare To Cry.
Advertisement: