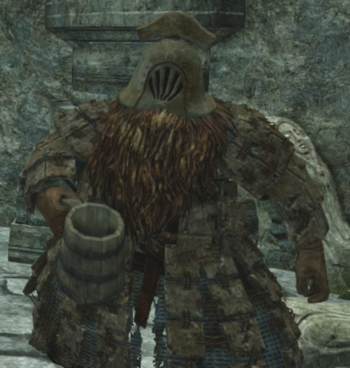 The world of Dark Souls is dark, dreadful, and hopeless. The only way to get by is to live by the bottle. Do be careful: most of these will probably kill you after an hour of gameplay. Stick to Sunny Delight if you want your liver to live.
Advertisement:
open/close all folders
General
Dark Souls II
Dark Souls III