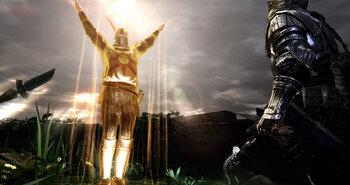 Dark Souls may take place in one of the worst and most depressing Crapsack Worlds of all time, but that doesn’t mean there isn't any room for some laughs.