Series / The Empress of China 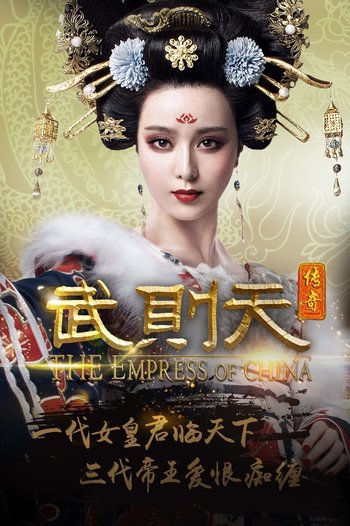 The Empress of China is a 2015 Chinese series starring Fan Bingbing as Lady Wu and Zhang Fengyi (Cao Cao in Red Cliff) as Tang Taizong. The series was reputably the most expensive Chinese drama series ever made, and notable for its endless Costume Porn. Set in the 7th and early 8th centuries during the Tang Dynasty, it tells the story of Wu Zetian note However, since "Zetian" comes from her posthumous titles, in-series, she's mostly addressed by her titles at the time, Ruyi (her fictional birth name) or Meiniang (fictionally bestowed upon her by Taizong)., China's only female Emperor, from her days as a teenage concubine in the court of Emperor Taizong, to becoming the undisputed ruler of all China.

The Empress of China contains examples of: