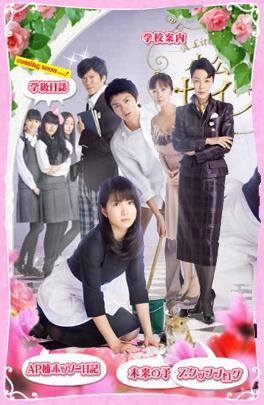 Shōkōjo Seira is a 2009 Japanese drama of 10 episodes, adaptation of the children's novel A Little Princess by Frances Hodgson Burnett. Starring Shida Mirai as Seira, Tanabe Seiichi as a French teacher and Higuchi Kanako as the Japanese counterpart to Miss Minchin, Mimura Chieko. This version took more liberties with the original material than the anime Princess Sarah, making Sarah/Seira an adolescent, and giving her a love interest.