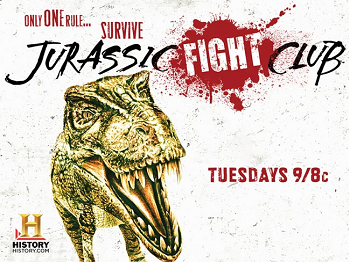 Jurassic Fight Club (Dinosaur Secrets in Europe) is a television documentary series that aired on The History Channel. The basic plot involves dinosaurs fighting. Each episode usually has two or more individual dinosaurs fighting with one another over food, territory or mating rights. The show is "hosted" by paleontology expert Dinosaur George Blasing, who plays out his own imaginary scenarios on how the fights would go.