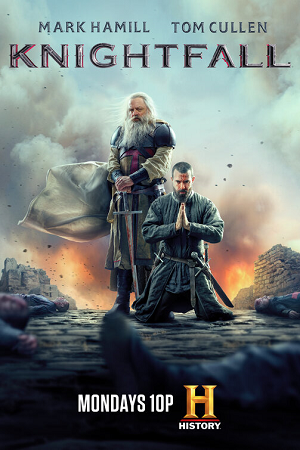 Knihgtfall is a 2017-2019 historical fiction series about the fall of The Knights Templar.

Not to be confused with the well-known Batman saga Knightfall.