Series / Check It Out! With Dr. Steve Brule 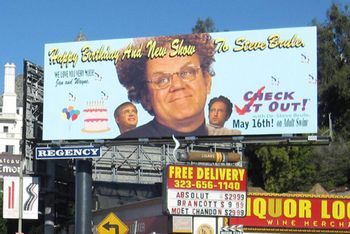 For your health.
Advertisement:

Check It Out! with Dr. Steve Brule (2010-) is a 15-minute Sketch Show on [adult swim], and a Spin-Off from Tim and Eric Awesome Show, Great Job! based off of that show's "Brule's Rules" sketches. The show stars John C. Reilly as the incredibly inept and even more incredibly awkward-seeming Dr. Steve Brule, whose show is obviously shot on videotape for late-night public access TV seemingly sometime in The '90s (early). Various sketches (or sketch-like set pieces) are introduced by Brule "for your health!"