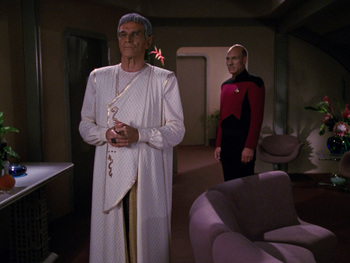 Vulcan Ambassador Sarek, Spock's father, beams aboard the Enterprise to be transported to his final diplomatic duty. But he is suffering the initial symptoms of a mind-deteriorating disease and his telepathic skills project violent, irrational impulses in the crew's minds.