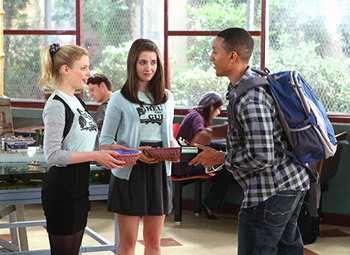 Pierce deals with the death of his mom. Jeff gets an unexpected result back from a medical test. Abed has a side adventure. And Britta and Annie try to raise funds and awareness about the Gulf of Mexico oil spill, but just find themselves in conflict over their respective approaches.

The Community episode "The Psychology of Letting Go" provides examples of: