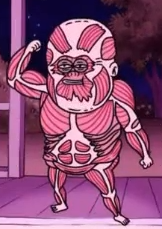 It's just a Regular Show, right? Well, in actuality, it's anything but.