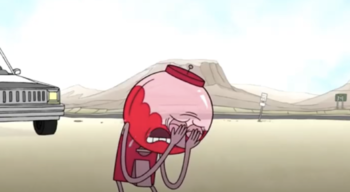 "...because if I lose my job... I have nothing! Y-YOU HEAR ME?! I have nothing!"
A cartoon as bizarre as Regular Show does have its heartstring-pulling moments.General
Advertisement: