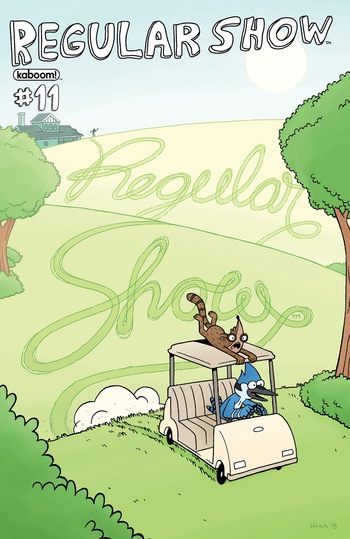 Make some tie-in comics or YOU'RE FIRED!
Advertisement:

The comic book of the Cartoon Network series, Regular Show, was published by KaBOOM! Comics.

Like any series that gains popularity, Regular Show managed to gain a comic book of its own, detailing original adventures of the Park Crew on printed pages. While there were standalone stories, there were several story arcs (usually 4 issues) as well.

The comic lasted from 2013 to 2016 (ending four months before the final episode of the series aired) with 40 issues and 10 volumes total. In addition, there have been several mini-series and graphic novels as well.

Notable for having KC Green as one of the artists and writers.