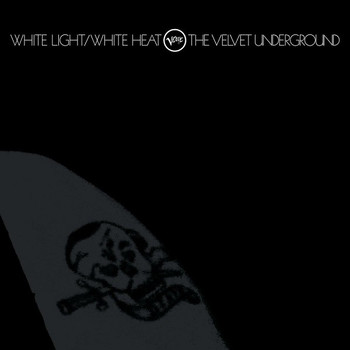 White light, don't you know it fills me up with surprise? White light, awww white heat tickle me down to my toes..
"And you know what I love is in "Sister Ray", where he mixes it so you can't quite hear what's going on."
—Sid Vicious on his love for Lou Reed and The Velvet Underground, "New Wave" magazine, interview conducted by Michael McKenzie, 1978.
Advertisement:

The album was recorded after Nico and Andy Warhol had stopped their involvement with the band. Tensions grew as Lou Reed and John Cale now fought each other to get control over the finished product. The end result is a very chaotic, yet intriguing album and the final one on which Cale was involved in.

And then my trope split open! [incongruous noise]: