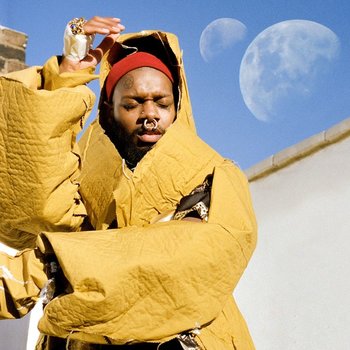 I get to be devoted to him, I'm like his cherubim
I called all your ex-boyfriends and asked them for a kiss
I needed to know if they still carried your fragrance
Baby boy, as their mouths, their mouths consumed mine
Their lips were sweet as yours, I hope your flavor stays in mind
— "fragrant"
Advertisement:

soil is the debut album of serpentwithfeet, moniker of the experimental Baltimore musician Josiah Wise, released in June 2018.

After releasing his debut EP blisters, Josiah began to work on his debut album enlisting noted producers such as Clams Casino and Adele collaborator Paul Epworth alongside experimental producers such as mmph and Katie Gately to assist in the album's production and to further refine his own sound.

Inspired by a breakup and experimentation with his own vocal capabilities, soil is an art pop record taking as much influence from Afro-American church music as it does thudding and ghostly experimental electronica. It gained many accolades from outlets such as The Guardian and The New York Times upon release.