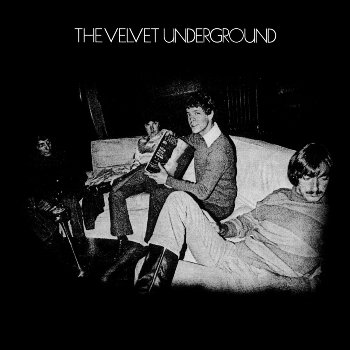 I don't know just what it's all about. Put on your red pajamas and find out.
Advertisement:

The Velvet Underground is the eponymous third studio album by The Velvet Underground, released in 1969. It is their first album without founding member John Cale, who chose to leave the band after White Light/White Heat from the previous year due to Creative Differences with frontman Lou Reed; it is also their last studio album to feature Maureen Tucker, as due to her pregnancy, she was unable to appear on Loaded from the following year. This album is the first featuring Cale's replacement Doug Yule, who would take over the band in the future.

With his main rival within the band now gone, Reed was able to make his own ideas and tastes more dominant. The result was a less Avant-Garde Music sound compared to their previous two albums The Velvet Underground & Nico from 1967 and White Light/White Heat. Most of the songs are straightforward rock songs such as "Candy Says", "What Goes On" and "Pale Blue Eyes", which remained audience favourites over the years.

Linger on your pale blue tropes: