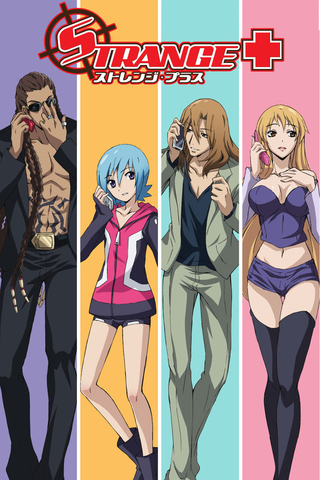 Strange+ is a comedy manga series with an anime adaptation that started airing in the Winter of 2014.

The plot (such as it is) goes that Kou is searching for his older brother Takumi and finds him working for a detective agency. Kou gets dragged by Takumi into the business and, together with Masamune and Miwa, take whatever jobs come their way, not all of which have necessarily to do with detective work, but all have the commonality of being incredibly bizarre.

The anime adaptation foregoes Kou and Takumi's backstory entirely and drops the viewer into the dynamic of the already established team. Episodes are about four minutes long.

A second season premiered in the Summer of 2014.