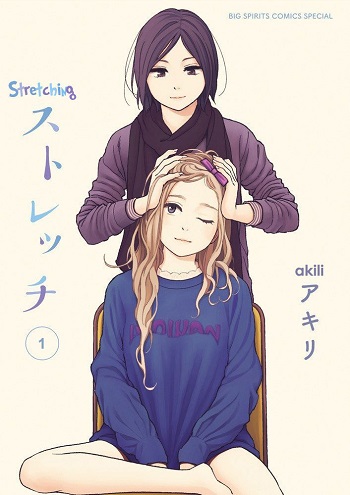 Ran Saeki lives with her Senpai, Keiko Komatsu. Having lost touch with one another after school, they accidentally meet a few years later and now share an apartment. Despite the frequent teasing, horseplay, and occasional fights, it's clear that the two women's feelings for each other run very deep.

Stretch is a Josei manga by Higashiyama Shou, the author of Prism, which explores the relationship between two women in a series of humorous Slice of Life chapters that usually include a set of stretching exercises. These are occasionally interspersed by more dramatic interludes that move the story forward.